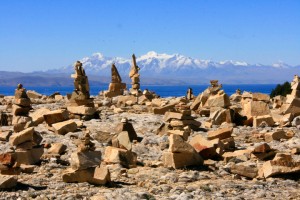 You may be getting ready to finish those exams, throw some clothes into a rucksack and head off on a great adventure…but where to go? When the whole world feels like an option, it can be difficult to decide. Thankfully, we’re on hand to bring you our handy guide to this summer’s top backpacking destinations!

You may be a little bit surprised by the mention of this Balkan state…but that’s a good thing, it just means that it’s not fully on the tourist trail yet and still retains an air of authenticity. On first glance the capital, Belgrade, may not be the most attractive city that Europe has to offer but look beyond that and you’ll find a sophisticated city packed with galleries, museums and theatres. If your tastes are a little more hedonistic than that though, don’t worry! A rich array of bars and nightclubs will also leave you catered for no matter what your musical tastes.

Throw in the presence of the Danube river, stunning countryside and great value and you have a fantastic trip ahead. Oh…and if you’re worried about getting your 5-a-day while on the road, we should also mention that Serbia is the world’s largest producer of raspberries!

Bolivia makes the prestigious Rough Guides list of 2014’s Top 10 Best Value Destinations and offers a fascinating experience on a reasonable budget (well, once you’ve actually made it there!). Backpacking around Bolivia gives the chance to visit the world’s highest capital city, La Paz, as well as to experience the Altiplano. Spanish for ‘high plain’, this is sometimes also referred to as the Bolivian or Andean Plateau. It’s the widest point of the Andes and is the largest area of high plateau in the world outside of Tibet!

For those of you drawn to all things aquatic, Bolivia and Peru share Lake Titicaca, South America’s largest lake (see image at beginning of article), while the Bolivian stretch of the Amazon is also home to river dolphins, creatures declared a national treasure by President Evo Morales. Incidentally, if you’re lucky you may even be able to catch the President in action doing some pre-season training with his football club. At the age of 54, he’s been signed as a midfielder by Santa Cruz province team, Sport Boys!

Portugal’s long Atlantic coastline offers wonderful stretches of beautiful sandy beaches, while the country’s interior contains an array of picturesque and wonderfully preserved old villages. This, combined with the relatively cheap cost of travel in the country, makes Portugal a fantastic destination for the budget traveller. Lisbon has dozens of hostels, meaning that accommodation at the cheaper end of the market is no problem in the Portuguese capital. In the country’s second city, Porto, the city’s beautiful architecture ensures that there are plenty of free sights to enjoy and its hostels are usually even cheaper than in Lisbon. 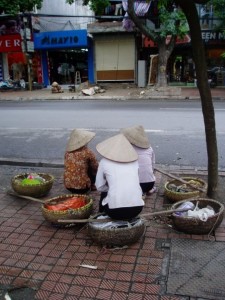 Vietnam has been on the backpacker trail for some years now so you may think that the prices would have rocketed by now. In fact, while they’ve certainly gone up, the country remains fantastic value for the budget explorer. The backpacker travel index places the capital, Hanoi, as still being the 2nd cheapest city in Asia for backpackers (behind Pokhara in Nepal). Low prices and the chance to experience a fascinating blend of French colonial and Asian styles – what’s not to like?

Oh…and did we mention that Vietnam is home to the world’s cheapest beer? Bia Hoi tends to simply translate as “fresh beer” and is a light lager (around 3%) that comes at a light cost. You may be able to secure a glass for around 20p!

Ethiopia is now coming to be appreciated as a fascinating and rewarding destination for a visit. Images of the famines of the 1980s still haunt many people’s views of the country but in fact much of the land is lush and fertile. Did you know that 80% of the Nile’s waters come from its high altitude plains?

Some of the notable sights that shouldn’t be missed include Lalibela, the city that is home to churches cut directly from the rocks, and Gondar, the city that served as the Ethiopian Empire’s capital until 1855. It has the nickname of “Ethiopia’s Camelot” due to the number of royal castles to be found there. Slow buses and long overland journey distances may seem daunting but internal flights offer a cheap and efficient way to get around the country.

You’ve got the backpacking bug…now what happens next?

We hope that we’ve done our bit to convince you to get away and make the most of your summer… but we know that things don’t always seem simple. If you’re moving out of your student accommodation for the summer, you might be wondering what to do with your things. Don’t worry! At Flexistore, we offer a fantastic student storage service including free pick-up, free re-delivery and free boxes, tape & pen! All of this is included in storage that starts from the great price of only £1 per box per week!

Check out our easy-to-use estimator to find out how much storing your things will cost and to make your booking now.